the purpose of VPNinfo.dk is to inform about VPN in a language most understand. The desire is to help as many people as possible with securing their computers, smartphones, tablets etc. so that they can be used on the Internet both safely and anonymously.

The security achieved with VPN protects against hackers and other people with deliberate intentions, and we also believe that it is a fundamental human right to be anonymous if you wish. 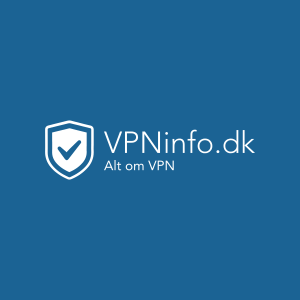 Having said that, at the same time, it must be emphasized that we do not intend in any way to contribute to criminal acts. We urge our users to use VPN relations legally and morally sound.

The articles have been prepared on the basis of a goal to inform widely VPN as well as related services, etc. It is therefore sought to cover most of the topics that visitors are interested in knowing more about.

VPN technology is advanced and therefore in many details incomprehensible to anything other than professionals and other specially initiated. Therefore, a great deal of work has been put into distilling a large amount of knowledge into a number of relatively short articles, which have been sought written in a simple and clear language. In this way, we hope we can get a lot of knowledge about it VPN as many as possible.

The reviews on here VPNinfo.dk is designed to be as objective as possible so as to help the visitors find it VPNprovider that best suits the current needs. This task is taken very seriously and there are many hours of work behind each notification.

Neither reviews are paid for or advertised for VPNproviders on VPNinfo.dk. All reviews are made on their own initiative based on analyzes of which VPNservices that are recommendable as well as the most popular.

The reviews are updated on a regular basis so they are as current as possible. If you encounter any obsolete or otherwise incorrect information on this site, you are more than welcome to send an email to mail @vpninfo.dk.

VPNinfo.dk has affiliate agreements with most of the notified VPN- and Smart DNS providers. Such an agreement is that VPNinfo.dk receives a commission if a visit from a link here on the page results in a sale.

Here it is important to emphasize two things:

We firmly believe that one comes the longest with honesty and that it also serves on the long run VPNinfo.dk best to present the visitors for objective and factual reviews as well VPN-related articles.

These affiliate agreements are the only source of income VPNinfo.dk

Of course, we hope you found that information VPN and related topics that you came across. If you like VPNinfo.dk and would like to support the work, you can do a number of things.

VPNinfo.dk is owned and operated by: