Hotspot Shield Elite is perhaps the cheapest VPNservice on the market that simultaneously gives the user complete anonymity. It is one of the best known names within VPN providers and have up to 100 million. users.

The product is related to the price and is cut to the bone, but there is the low price despite not compromising safety.

Hotspot Shield has a free version, however, you have to deal with advertisements and lower priority on the servers (= lower download speed and higher response times), why it is recommended to upgrade to the payment version. The free version, however, is nice to get acquainted with the product. If you want to use file sharing / P2P (torrents and the like), you need to find another provider, then Hotspot Shield has blocked it. 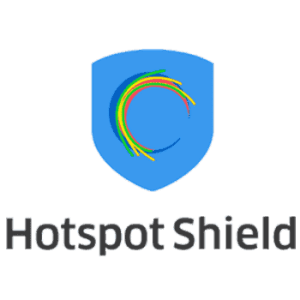 Hotspot Shield uses only OpenVPNwhich, fortunately, is considered the most secure of the encryption protocols, as it is developed as open source. However, it would have been nice to have more options if one needed for some reason.

Hotspot Shield Elite is subject to US law and does not log users data that can be used to connect the use of the service to a single user. It is uncertain whether DNS leak protection is included in the service. Generally speaking, this ensures Hotspot Shield To a large extent, users' privacy suffices.

Hotspot Shield has only servers in 6 countries (USA, Japan, UK, Australia, Canada and Germany), where Denmark, as you can see, is not one of. Are you using the free trial version of Hotspot Shield, you are limited to servers in the United States.

Since there are servers in both the UK and the US can Hotspot Shield however, nicely used for eg. American Netflix and the server in Germany is physically so close that there should be no major loss in speed or response time at a connection to it.

File Sharing / P2P is blocked Hotspot Shield the servers, so the service cannot be used with torrents, Popcorn Time etc.

From $ 2,50 per month ($ 29,95 for 12 MD subscription) and $ 4,95 for a single month at a time. Possibility of using a free version with limited functionality, which can be upgraded to full functionality as needed.